COUNCIL leaders say another road bridge over the River Wye in Hereford is still on the cards.

Herefordshire Council decided to pause and review plans for a bypass west of the city and the link road to the south.

However, infrastructure and transport cabinet member John Harrington says they are still considering another river crossing in the city to help reduce congestion.

He made the statements in a written response to a question from a member of the public who raised concerns over traffic issues in the city.

“The lack of a second bridge across the Wye was demonstrated last week when a road traffic collision occurred on the Belmont road – this then paralysed the new bridge for hours,” Mrs Roberts said.

“Obviously this council apart from ignoring the referendum regarding the bypass surely uses the term ‘green’ while resolving nothing.

“Slowing all the traffic across the city means that cars and lorries are sitting and emitting fumes from their engines which can’t be doing much to reduce global warming.

“What can be done about a second bridge if the public is ignored when money was made available for the bypass and is now gone?”

Coun Harrington said funding had not been secured to build the western bypass and that he shared her concerns over the reliance on the Greyfriars Bridge.

“As you will be aware we are progressing a review of the transport strategy because we feel it is important to take into account the local and national climate emergency declarations and ensure that carbon reduction is fully considered in relation to our major schemes,” he said.

“The review explicitly includes options which would provide additional river crossings for the city as we recognise the potential benefits of such schemes in addressing network resilience issues. It is also looking at options which will encourage more walking and cycling and bus use noting that these are modes which can bring wider health benefits.” 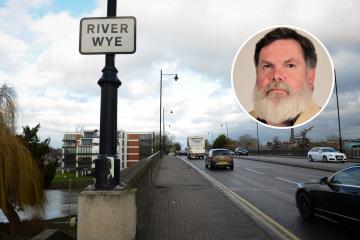