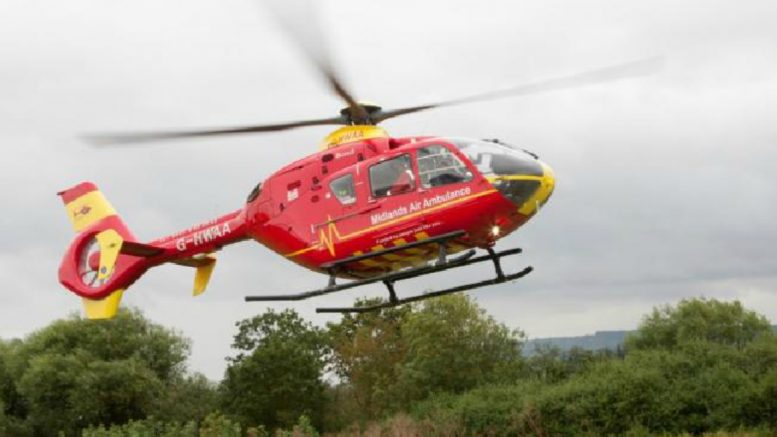 THE air ambulance was called to a Herefordshire village yesterday evening.

A spokesperson for Kingsland fire station said firefighters were called out to assist paramedics and the air ambulance crew at an incident in Shobdon last night (May 31).

Last night we were called to assist @OFFICIALWMAS & @MAA_Charity at #shobdon. With the casualty safely in the land ambulance and going off to hospital, we had a great view of the air ambulance leaving. 🚑🚁🚒 pic.twitter.com/5ULP9CvTwd

One casualty was taken to hospital by land ambulance, the spokesperson said.

An ambulance service spokesperson said crews including the air ambulance from Strensham were called to reports that a teenager had fallen from a pushbike into a ditch at 7.21pm.

He suffered potentially serious injuries and received treatment at the scene before being taken to Hereford County Hospital for further treatment.