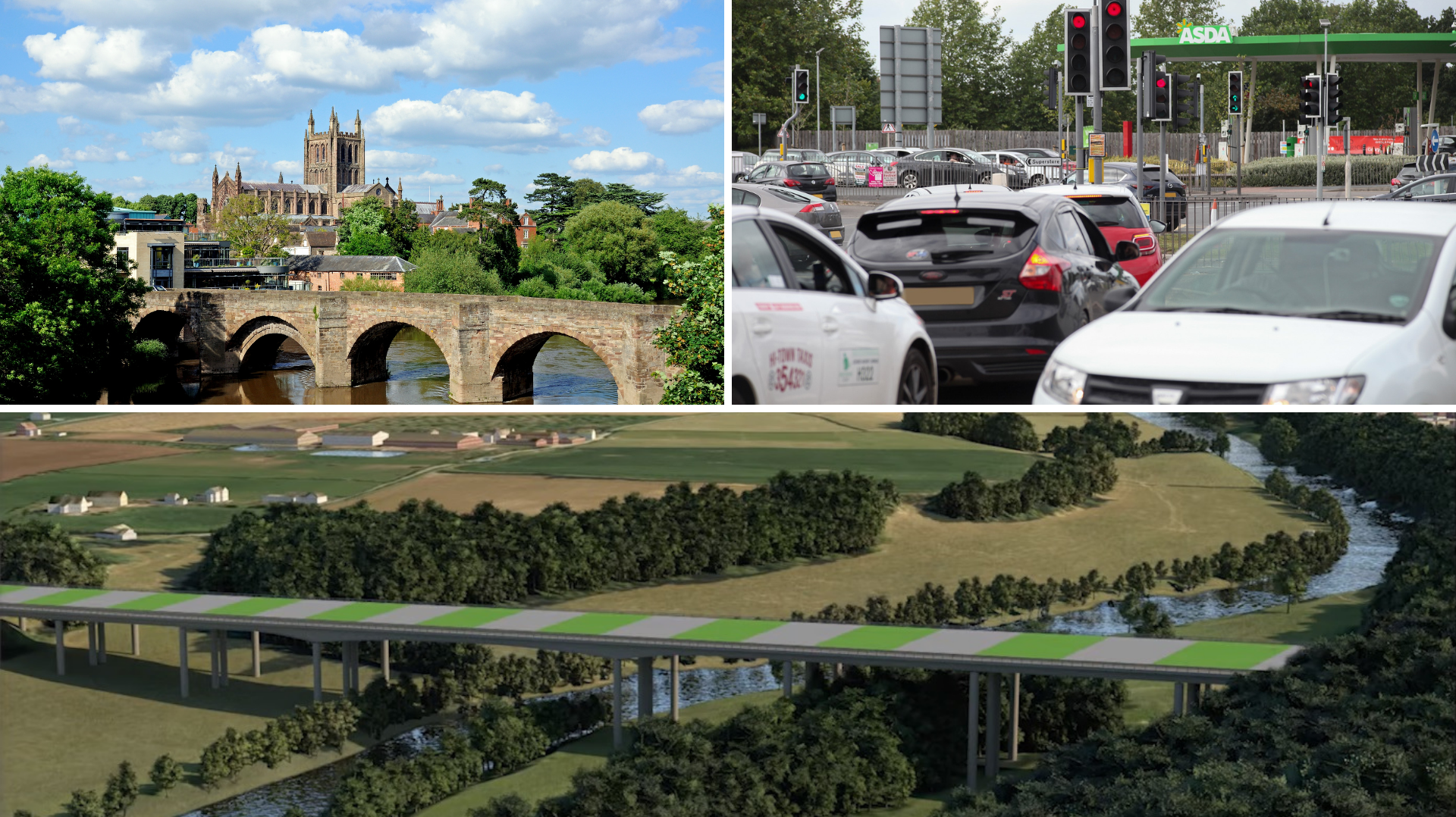 COUNTY councillors have called on leaders to axe plans for a bypass west of Hereford and instead go for an eastern river crossing.

Work on the proposed western bypass and southern link road was paused last year after the Conservatives lost control of Herefordshire Council.

The new coalition administration, made up of Independent, Green and It’s Our County councillors, agreed to pause and review the two major road schemes.

And the completed review has come up with six different proposals including the western bypass and an eastern crossing.

Other options include schemes which focused on improving walking and cycling networks, buses and controlling traffic demand.

Councillors scrutinised the report at a meeting this week.

They said the executive should abandon the western bypass and reject other major road schemes apart from an eastern river crossing.

The general scrutiny committee came up with a total of 13 recommendations including investigating the potential of a water bus service along the Wye in Hereford.

The first option cabinet may consider would be to focus on active travel by improving the walking and cycling network around the city, make routes to school safer and encourage shared vehicle use.

The second scheme would be to combine the focus on walking and cycling with an investment in buses. This could include an electric hopper bus service, prioritising buses and improving school transport.

The third proposal is to combine improvements to walking and cycling infrastructure with better buses and intelligent transport systems and demand management.

The fourth option would be to build a western bypass which would include the southern link road.

The fifth possible scheme would see the construction of an eastern link road connecting Rotherwas with the Ledbury Road.

And the sixth option includes an eastern river crossing which would connect Rotherwas with Hampton Park Road. These last three options would also include active travel and demand management measures.

Cabinet is expected to debate these options at a meeting in December.