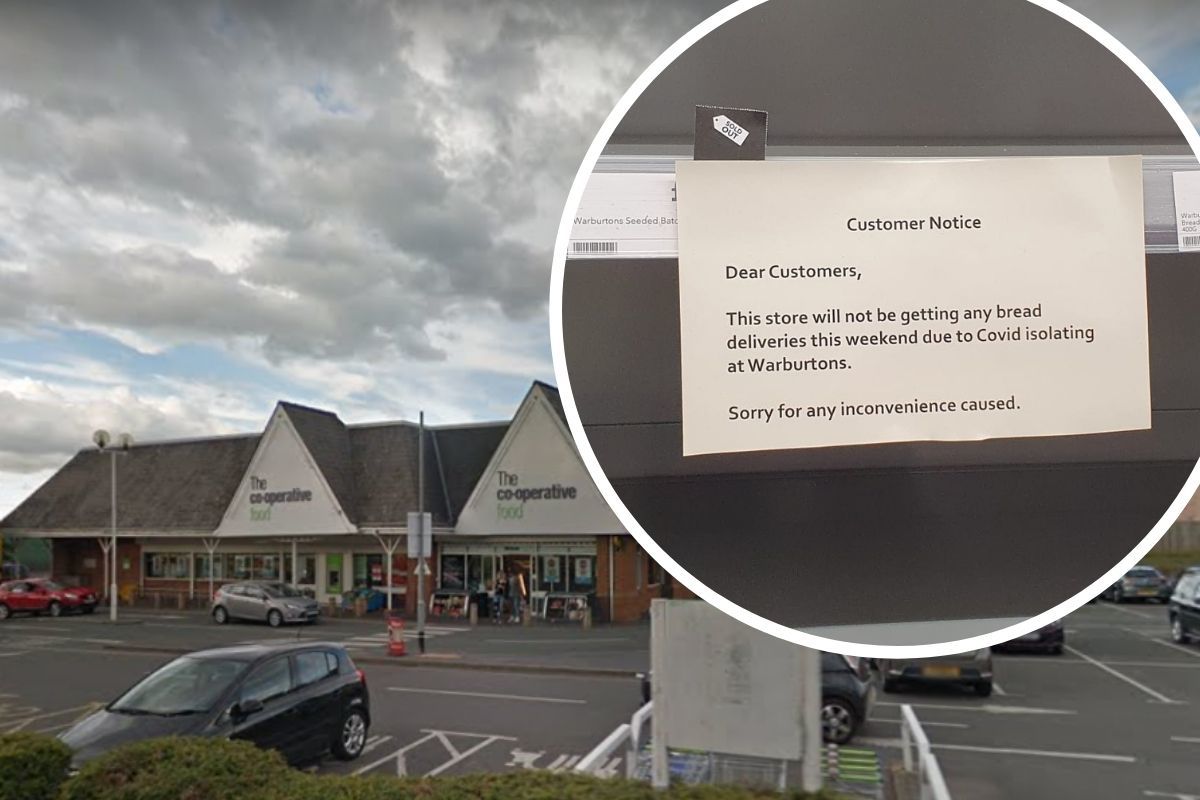 SHOPPERS have called for an end to a supermarket’s monopoly on a Herefordshire town as retailers come under “increasing pressure” to keep shelves fully stocked amid staff shortages caused by the “pingdemic.”

Shoppers in Herefordshire and beyond have seen a return to empty shelves at some supermarkets in recent weeks as rising coronavirus infections hit the food industry.

The British Retail Consortium has urged the Government act to change self-isolation guidance for workers.

Shoppers in Bromyard are among those who have taken to social media to highlight empty shelves in the town’s two Co-op shops.

At the weekend, both shops ran out of bread, with a sign posted on empty shelves citing a coronavirus outbreak at Warburtons as the reason for the shortage.

And other empty shelves have also been reported at the shops, with frustrated shoppers writing on social media that they had struggled to do their shopping in the town, instead heading to shops in Ledbury and Hereford, while some called for another supermarket chain to open in the area.

But others said they had faced similar problems at other chains in the county and surrounding areas.

Shopper Colin Benton said Morrisons, Aldi, and Asda had also had empty shelves this week, while Isabelle Froggatt said Tesco shops in Tenbury and Ludlow both had no refrigerated items.

Andrew Opie, director of food & sustainability at the BRC, said staff in stores and suppliers should be allowed to work even if they get an alert to self-isolate.

“The ongoing ‘pingdemic’ is putting increasing pressure on retailers’ ability to maintain opening hours and keep shelves stocked,” he said.

“Government needs to act fast. Retail workers and suppliers, who have played a vital role throughout this pandemic, should be allowed to work provided they are double vaccinated or can show a negative Covid test, to ensure there is no disruption to the public’s ability to get food and other goods.

“With community cases soaring, the number of healthy retail staff having to self-isolate is rising fast, disrupting retail operations.”

Food industry bosses also warned that supply chains are “starting to fail” because of workers isolating over coronavirus contacts.

British Meat Processors Association chief executive Nick Allen also criticised “confusing messages” from the Government as he said ministers have not clarified who is applicable.

It came as Boris Johnson apologised to businesses for the “inconvenience” on Wednesday, but told them to stick with isolation rules after confusion was sown by his own ministers.

Mr Allen said that shortage of skills and workers for permanent positions is reaching a “critically high level”, with vacancies already high prior to increased staff isolations.

“We’ve heard reports of plants having between 10% and 16% vacancies even before absenteeism due to Covid is factored-in.

“On top of the underlying worker shortage, we’re also hearing from some members that between 5% and 10% of their workforce have been ‘pinged’ by the app and asked to self-isolate.

“There’s a real air of despondency creeping through the industry.”

He urged the Government bring in work permits for Europeans to work in the industry to immediately plug the gap.

“The things the Government could do to help us at the moment they’re not doing. And the shelves are starting to show,” Mr Allen said.

A spokesperson for Co-op said: “We are sorry that we had run low on some products. Like many retailers, we are impacted by some patchy disruption to our deliveries and store operations but we are working closely with our suppliers to get re-stocked quickly.”