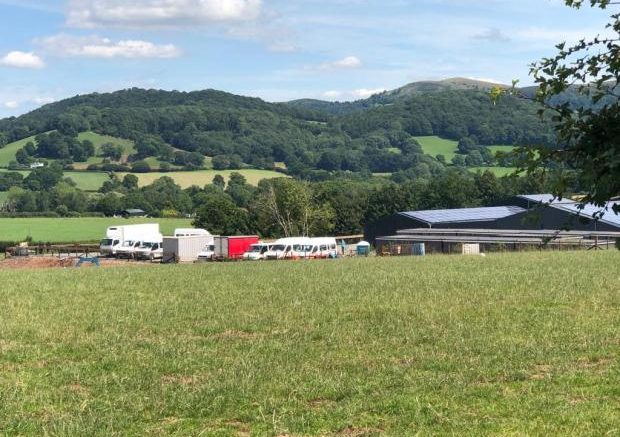 MORE than 70 cases of coronavirus cases have been confirmed at a Herefordshire vegetable farm after an outbreak amongst seasonal workers living there.

Herefordshire Council’s Director of Public Health said an outbreak of this kind was not unexpected, but it is the first in the county so far.

Public Health England data shows 809 people had been confirmed as testing positive for Covid-19 by 9am on Saturday (July 11) in Herefordshire, an increase of 56 compared with figures released on Friday. 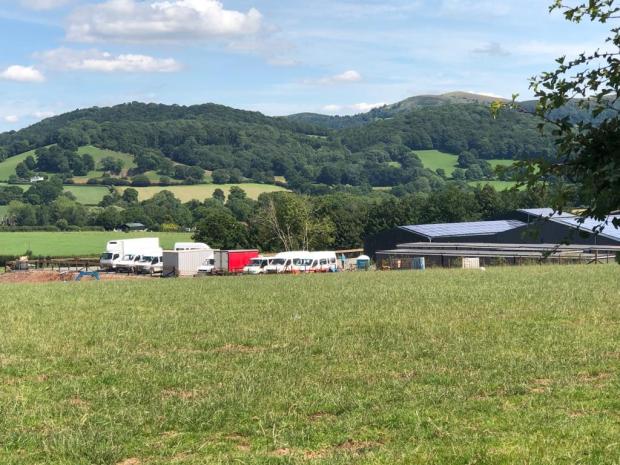 AS Green and Co, near Mathon, today, where more than 70 cases of coronavirus have been confirmed

Data shows on Friday, July 9, 56 positive coronavirus tests were carried out in Herefordshire, which is the biggest daily rise in cases to date. Since July 5, there has not been a day where more than 10 positive tests have been carried out in the county.

LATEST: Herefordshire farm coronavirus outbreak: what we know so far

Herefordshire Council and PHE has confirmed the jump in cases is as a result of a Covid-19 outbreak at vegetable producers AS Green and Co, based in Mathon on the Herefordshire-Worcestershire border, where a total of 73 cases have been confirmed so far.

About 200 key workers are employed for picking and packing work, which the council said is vital to the local economy.

During the harvesting season, the workforce lives in mobile homes on the farm, so as a precaution the whole group has been treated as one extended bubble and asked to self-isolate.

Workers are being asked to remain on the farm during the period of isolation and stay within household groups, to reduce risk of spread within the workforce and into the wider community.

Herefordshire Council is arranging food and essential supplies for residents on the site while they self-isolate.

After some workers showed coronavirus symptoms earlier this week and tested positive, all staff were then tested and more cases found, despite some not showing symptoms.

Katie Spence, PHE Midlands Health Protection Director, said they are working closely with the management at AS Green and Co to support the health and wellbeing of their workforce and wider public health. 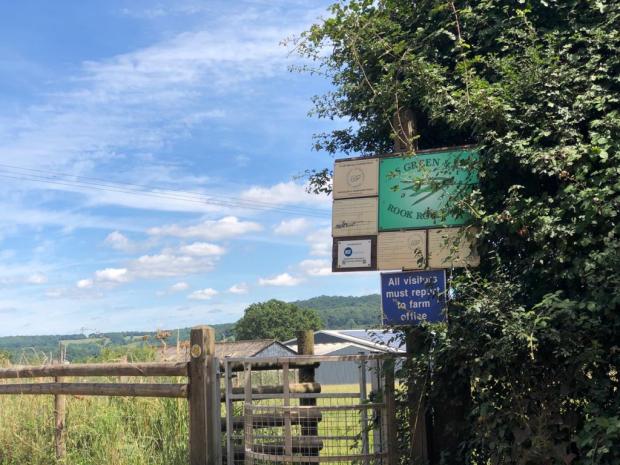 AS Green and Co at Mathon today, where more than 70 coronavirus cases have been confirmed

“At this phase of the pandemic, we still expect to see cases in the community and within settings where people are closer together, such as workplaces, which is why the test and trace system is important to help us pick up on any potential problems and swiftly to take remedial action to reduce spread,” she said.

She said the company had put in place a number of measures to try and reduce the risk to staff, including on-site testing, personal protective equipment, promoting social distancing and encouraging regular hand washing.

“Despite these measures, a small number of workers became symptomatic earlier this week and they and a few close contacts among the workforce were tested initially and found to be positive,” Katie Spence said.

“In line with NHS guidance, affected individuals were asked to self-isolate for seven days, with their households and close contacts asked to isolate for 14 days.

“As we have seen a global trend of large food producers being subject to outbreaks, as a precautionary measure, the decision was made to test the entire workforce. The initial batch of results showed a significant percentage of positive cases, despite these individuals being asymptomatic.

“We are still awaiting a few final results, but currently we have 73 positive cases of Covid-19 among the workforce.

“PHE Midlands and Herefordshire Council are therefore working with AS Green and Co to closely monitor and manage the outbreak and support individual workers.”

The rate of infection in Herefordshire stands at 421.1 cases per 100,000 people, which remains lower than the England average of 444.6, figures from Public Health England show.

“While Herefordshire is the first to experience an outbreak of this kind, this is not unexpected,” she said.

“Our priority is to protect the health and wellbeing of all residents in our community.

“Prompt testing on the farm has allowed us to understand transmission and control the spread of infection. We continue to support the farm management, their workers – who form an important part of our local economy, and the local community through this challenging time.

“Anyone who has a fever, persistent dry cough, or loss or change in their sense of taste or smell should call 119 or go online to arrange a test.”

A spokesperson for AS Green added: “Our staff are our priority, they are hard-working key workers helping us provide food for the country during these unusual times.

“We contacted PHE and we are working closely with them and Public Health at Herefordshire Council to prevent the spread of Covid-19.”

Earlier this year, with labour shortages threatening this season’s crop, AS Green and Co, looked to recruit 100 pickers and 60 packers.

In April Andrew Green, owner of AS Green and Co, said: “The coronavirus pandemic has resulted in soaring demand for fresh produce, but with tighter border controls and travel restrictions in place, many UK farmers have been left with a labour shortage, putting their produce at risk.

“In line with the Feed the Nation campaign, we are looking for local workers to join our family team in Mathon.

“Not only does the role provide the opportunity to work in a safe, healthy environment throughout the summer months, but it also enables those who have been financially impacted by the pandemic to boost their income, without jeopardising the support they will receive through the Government furlough scheme.

“They will also be playing their part in keeping the nation stocked up with fresh, healthy home-grown produce.”

Editor’s note: We champion free speech at the Hereford Times and are proud to provide a vibrant platform for local debate. But with free speech comes responsibilities. You are NOT allowed to say whatever you like. Comments that foment hatred put you at risk of prosecution. This is not a story about race. It is a story about public health in the workplace. 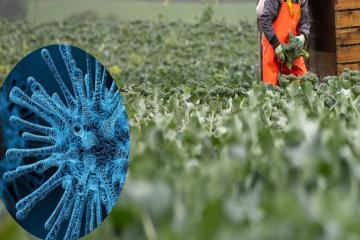