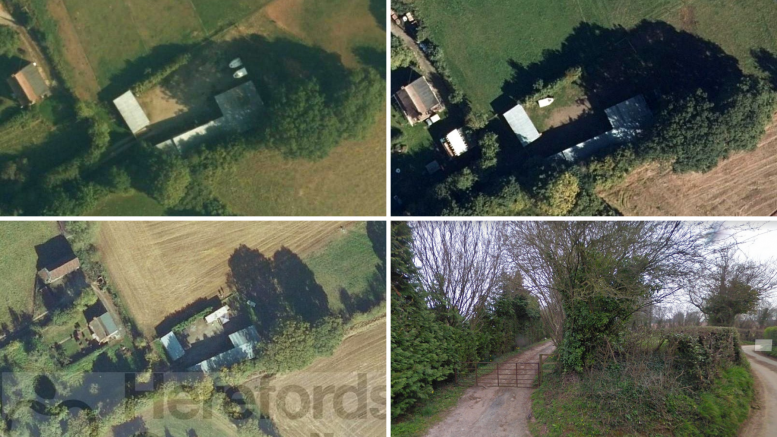 A couple told to quit their caravan on a Herefordshire farm have given up their fight to stay.

Brian and Penny Morris had sought a certificate of lawfulness for the caravan, at Grantsfield Farm, Kimbolton, near Leominster, back in September 2020, saying: “A caravan has been on the site for approximately 16 years for residential use.”

Government planning guidance says that unauthorised changes of land use become immune from enforcement if no action is taken within 10 years.

But in June, Herefordshire Council refused to grant the certificate.

Its planning officer said there had been conflicting information locally as to how long the caravan had been there, with one claiming there has been no caravan “until recently from at least 2016”.

Previous planning applications and satellite images “cast some level of doubt” on the claimed period during which a caravan had stood on the site, the officer said, adding that the council’s own aerial photos show what appears to be a static caravan in 2009 , but not in 2016.

Further images submitted from 2015 and 2018 “show no mobile home on the site” – though this was “disputed by the land owner saying the shadows cast from the tree line make it difficult to see the mobile home”.

Recommending refusal, the officer concluded: “It has not been demonstrated on the balance of probability that the site has been occupied by a caravan for residential purposes continuously for 10 years prior to the submission of this application.”

The council added that there “does not appear to be an essential agricultural need for caravan such that planning permission would be granted for this use”.

In an enforcement notice in August, the council gave the couple six months to move out, another month to remove the caravan, and a further month to return the land back to the way it was.

In an appeal document submitted in September, the couple’s agent again claimed that the change of use had taken place over 10 years before the enforcement was served, and would provide evidence of this.

The agent also claimed that the time period for compliance was too short, given that “no other accommodation is readily available” for the couple.

The Planning Inspectorate announced at the start of November that an appeal was under way, but then said on December 14 that the couple’s appeal had been withdrawn.

The Morrises’ agent confirmed that it had been withdrawn at the couple’s request.