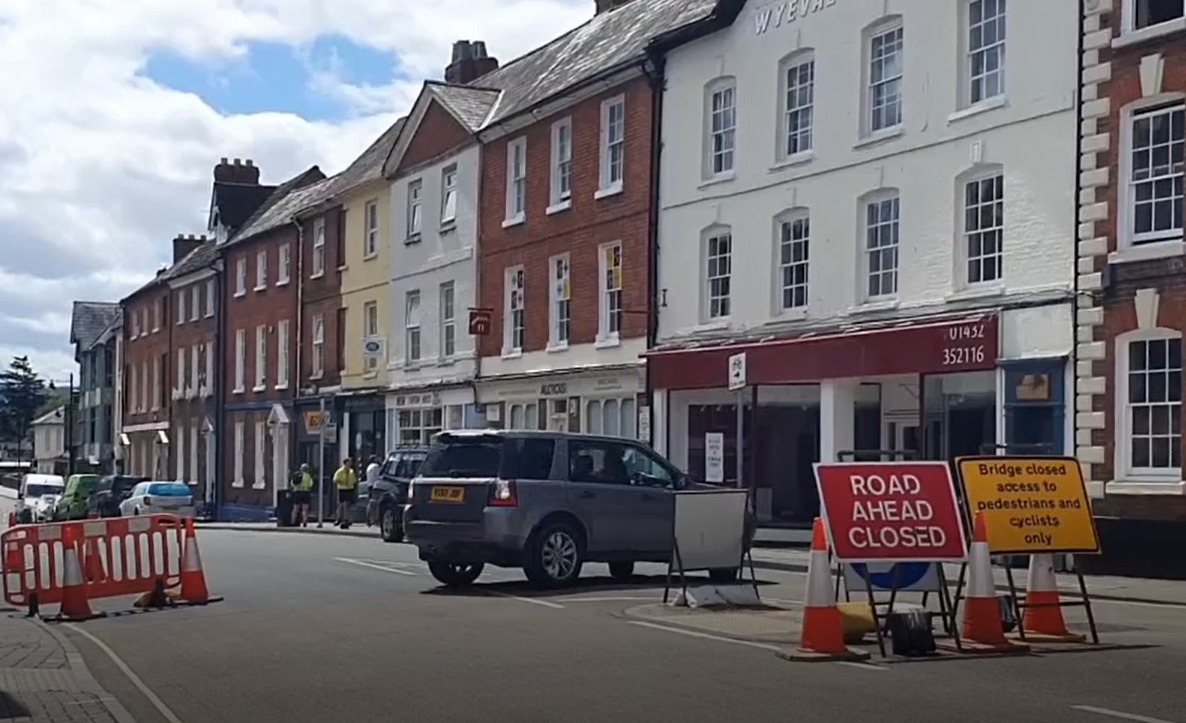 TRAFFIC restrictions brought in to aid social distancing will be devastating for Hereford businesses, owners fear.

Parts of King Street, Bridge Street and Broad Street have been cordoned off, vastly reducing the number of parking spaces on all three streets.

Aubrey Street has been closed at its junction with King Street, with painted white lines marking new parking spaces in front of the junction, and the Old Bridge has been closed to all vehicles except buses.

HAVE YOUR SAY: Send an email to our letters page

Herefordshire Council said the temporary measures would be introduced across the county following Government guidance to give pedestrians and cyclists more space.

But Edward Pritchard, of King Street’s Pritchards menswear store said he did not believe the closures were what the Government had intended.

“This does not make the city more attractive to anyone. It looks like a crime scene,” Mr Pritchard said.

“It is vandalism of the worst order. Banning access to parking and closing roads is isolating the whole area.

“These are the little arteries around the beating heart of the city, and it is vital that they have movement to survive.”

Mr Pritchard said business owners wrote to the council after the plans were announced, but does not feel their concerns were taken into account.

King Street-based florist Sarah-Jane Thorpe said orders had started picking up and she was hoping to bring her staff back to work, but feels she will now be unable to do so.

“I don’t think taking the car parking spaces away is a good idea. People won’t want to walk, and you cannot safely carry bags on a bike,” Sarah-Jane said.

The bridge closure has also affected her, with deliveries now taking her longer due to traffic on Greyfriars Bridge.

“Traffic is now back to normal, and it only takes an accident on the new bridge for the whole city to grind to a halt,” she said.

“I think there should be two hours free parking, like there used to be, or maybe a free bus service. I don’t think this is helping small businesses.”

David Hemming of King Street Kitchen said: “We are working as a takeaway and are doing click and collect. Taking the parking away is making it harder for our customers, who are finding it difficult to park.”

The temporary measures are being funded by government Emergency Active Travel Funding, which has allocated £20,000 to Herefordshire to promote walking and cycling for short and local journeys.

The temporary nature of the measures will allow them to be reviewed and additional funding is expected in the coming months to install further measures, Herefordshire Council said.

Speaking earlier this month, councillor John Harrington, cabinet member infrastructure and transport, said: “During lockdown lots of people took the opportunity to travel locally in a different way, with a huge number choosing to walk or cycle instead of using their cars for short distances.

“This made a big difference to congestion, to people’s health and to general feeling of wellbeing and quality of life in our city and towns.

“It was fantastic to see people choosing to leave their cars at home if they could and use their bikes or feet.

“As the restrictions are lifted we want to provide as much space to cyclists and pedestrians as possible to encourage them to continue with that and to free up pavements for safe queuing and distancing.

“We want people to feel relaxed when they come into town and to spend more time and money within our towns and city.

“It is important that we can adapt how we use space to support this.” 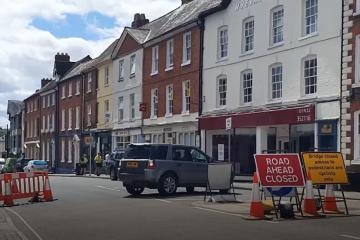