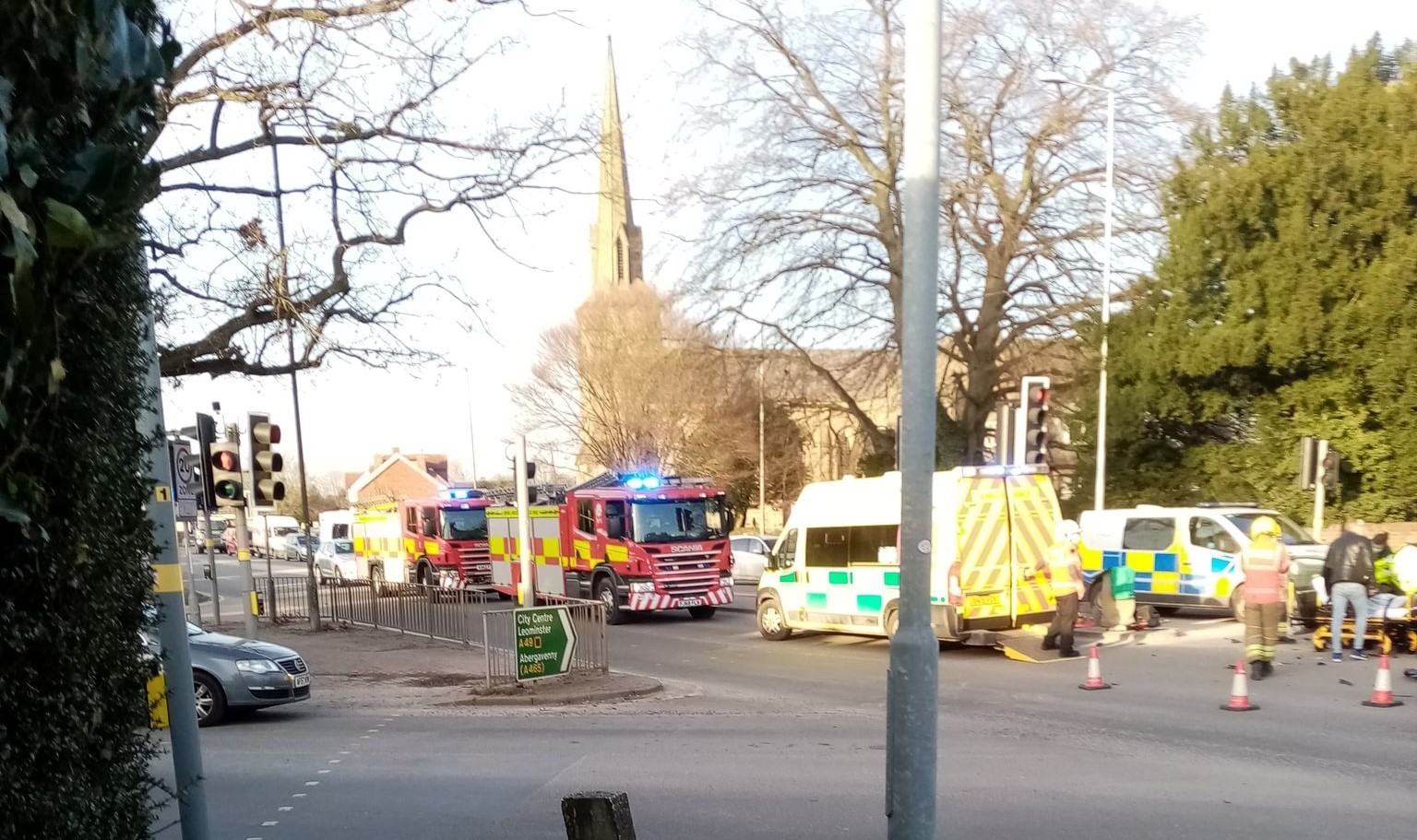 A HEREFORD driver who had drunk alcohol and taken ketamine fled the scene of a seven-car crash he caused by jumping a red light at a busy A49 junction.

Hereford Magistrates Court heard how Thomas Michael Hook, 34, was driving his partner’s Volkswagen Golf at the Walnut Tree Avenue junction with Ross Road when he ran a red light and crashed into six cars.

Prosecution solicitor Melanie Winterflood said police received several calls about the crash on February 12, but Hook, who was driving without insurance, had failed to stop at the scene or report the smash.

An eyewitness gave police a description of the man who caused the crash at around 3.30pm, and officers then found Hook a short time later in Manor Road.

He was given medical treatment after officers found him with a head injury which was bleeding.

After being restrained due to shouting and screaming, Hook was taken to hospital by paramedics as they were concerned what he had taken as his behaviour was “erratic”.

Once he was deemed fit to give samples, he was found to have 107 milligrammes of alcohol in 100 millilitres of blood, above the legal limit of 80. He was also over the limit for ketamine, with 800 microgrammes per litre of blood – 30 times the legal limit.

Ms Winterflood was unable to tell the court on August 18 any details about damage to the other cars involved in the crash as police had not given these to her, but the Golf Hook was driving was written off.

Emergency services said at the time of the seven-car crash that one elderly woman was trapped in her vehicle, with the fire service cutting her free before she was taken to hospital.

Alcohol was “becoming a problem” for Hook, he said, and he did not know how the ketamine got into his system.

Hook told the probation service he had not used ketamine since he was a teenager due to having a bad experience.

Mr Clarke said Hook, a plasterboarder by trade was aware of the impact of the crash, and none of the victims deserved to be in a crash.

Hook was also said to struggle with mental health, but admitted he wanted help with his drinking as he could consume 20 cans of lager a day.

George Cousins, for Hook, did not add any other mitigation before magistrates passed sentence.

He was also made subject of a 12-month community order, where he must complete 20 rehabilitation activity requirement days and £80 unpaid work.