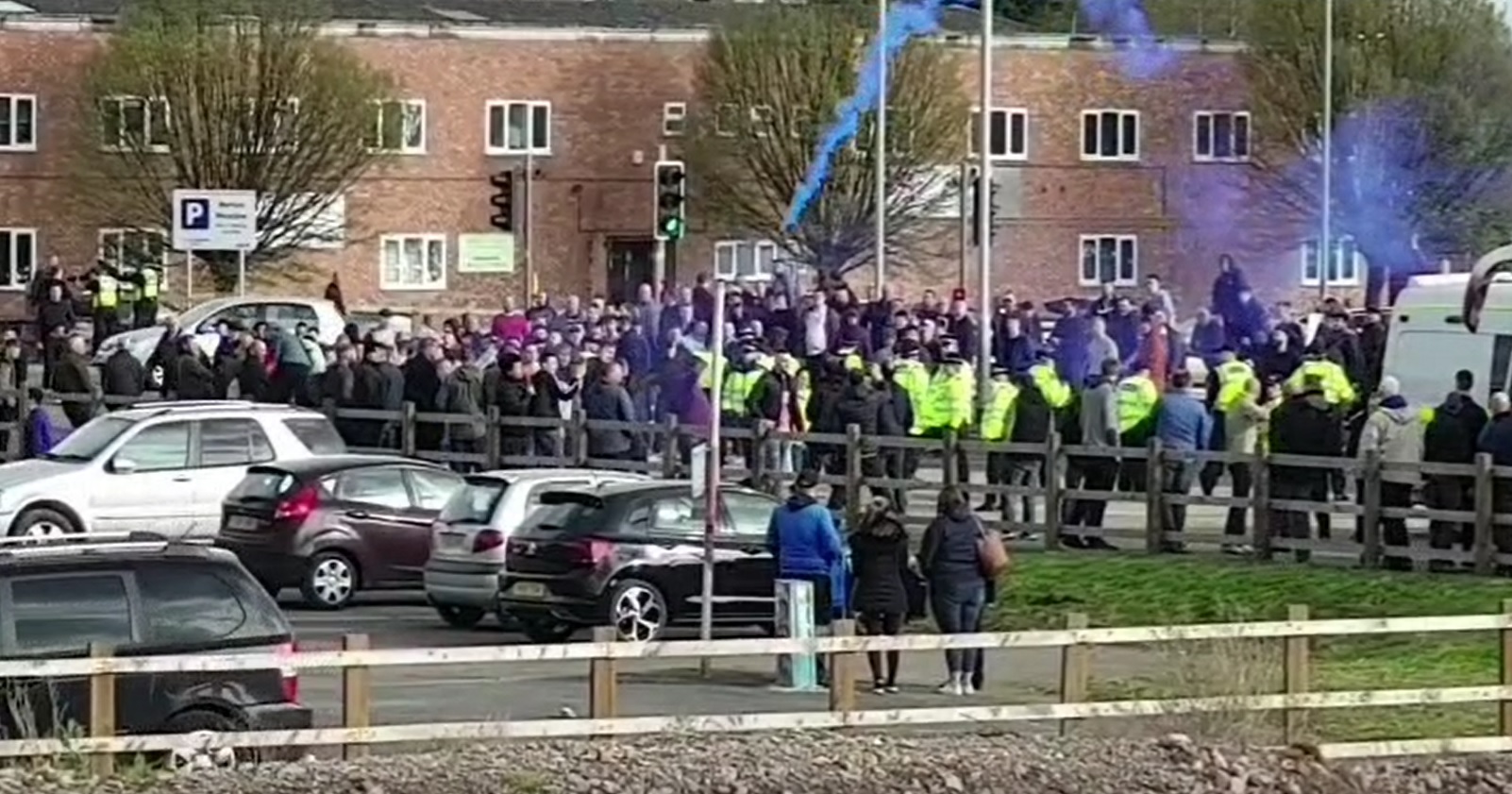 TWO football hooligans have been jailed for the part they played in violent scenes surrounding a match in Hereford.

A judge at Worcester Crown Court said the pair’s violence was not a “legitimate expression of their passion” for the club when he jailed them today (Monday).

The two Hereford FC supporters had been involved in ugly scenes with rival fans from Stockport County in April 2019.

Andrew Beavan, 53, had pleaded guilty to one count of violence disorder at an earlier hearing, and was sentenced to 10 months in prison for the role he played in the disturbances.

Beavan had been accused of “leading the charge” in ugly scenes shortly after 11.30am, but Mark Thompson, defending, said the footage showed he wasn’t at the front of the group which was seen charging at rival fans from Stockport County.

Mr Majid said a worker at Hogarths, Natasha Simpkins, described it as “all hell being let loose” when the pub was stormed by rival fans.

Mr Thompson said Beavan “was not a man habitually getting into trouble”, and worked hard to support his wife and two grandchildren.

Judge James Burbidge QC, the Recorder of Worcester, agreed that Beavan – who admitted in an interview with police he had punched a rival fan – had not been the one leading the group, but still condemned his actions.

Sentencing him to 10 months in prison, the judge said he had “let emotions get the better of him” and should have acted more responsibly as he was with his step-grandson at the time.

He was also given a football banning order preventing from him attending any association football match for six years. It is the second banning order he has had, having previously been given one in 2007.

The two sets of fans both had separate pubs designated to them, a tactic used to keep opposing groups away from each other, with Hereford fans in Yates’s in Commercial Road, and Stockport supporters in Hogarths, also in Commercial Road.

A second Hereford fan was also involved in violence on the day. He was captured on CCTV throwing items from the beer garden at Yates’s into the one at Hogarths.

Clive Mark Symonds, of Bovingdon Park, Hereford, was described in a character statement as a “hard-working family man.

The judge suggested he was possibly spurred on by Stockport fans chanting towards those from Hereford.

Defence barrister Jason Harris said Symonds had “suffered tragedy some years ago, and it was the anniversary of that”, but accepted it was “no way to justify or condone the thuggish behaviour” seen on video footage played in court.

After the game, Symonds, 31, was also involved in the angry scenes in the Merton Meadow car park as Stockport fans tried to leave.

He had also pleaded guilty at an early hearing, and for the two counts of violent disorder he was sentenced to 18 months in prison. He was also given a football banning order for six years. 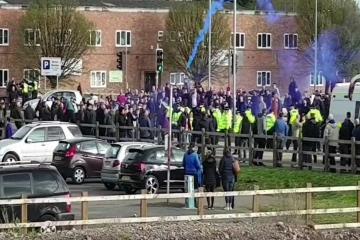