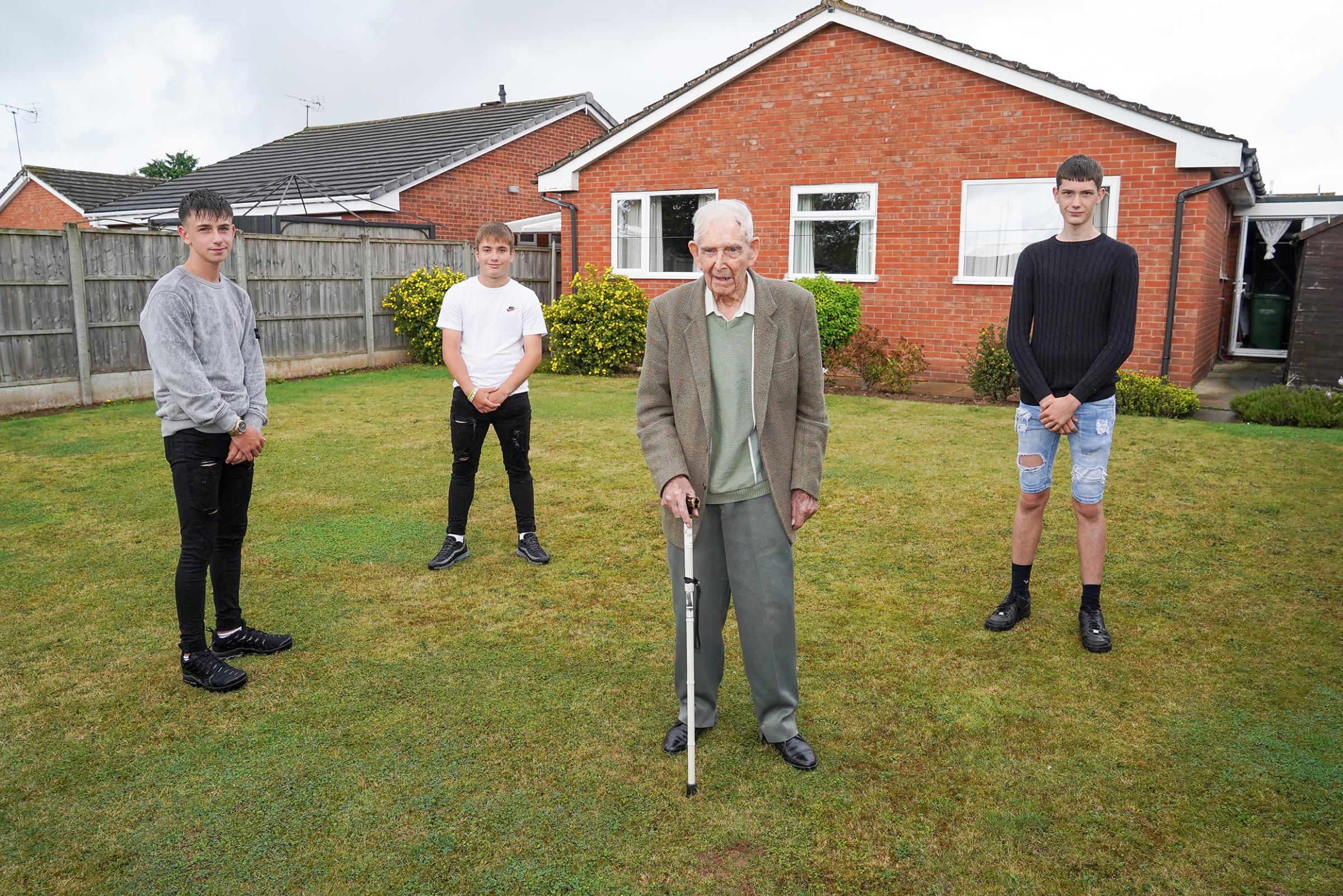 A GROUP of teenagers have been praised for coming to the rescue when a 100-year-old man fell in his garden in Leominster.

Henry Davies, who suffers from poor eyesight and limited hearing, had taken a tumble in the back garden of his house in Herbert Road and yelled for help.

That’s when Tim Moriarty, 14, and his three friends heard the cries while walking down Barons’ Cross Road towards Morrisons on Saturday (August 15).

“We were walking out to Morrisons and as we were walking up the main road we heard him shouting he needed help,” said Tim, of Hamlet Road in Ludlow.

“We looked over and he was lay in his garden and couldn’t get up. We jumped his fence because it was a small fence you could jump over and helped him back into his house.

“We sat him down with a pillow and made him a cup of tea.”

Schoolboy Tim added it was only “natural instinct” and the group had no doubts about helping Mr Davies, who has lived in Leominster for more than 30 years and escaped injury during the ordeal.

The actions of Tim and his three friends, Dylan Griffiths, Kieran Roe and Tyson Price, were praised by Mr Davies’s niece Shirley Street, of Perseverance Road, in a Facebook post as she tried to track them down.

Saying it restores her faith in the younger generations, Mrs Street, who works at Morrisons, added: “Uncle’s had a bit of bad luck, he lost his wife in June so he’s there by himself, he’s nearly blind and he’s deaf.

“I’m there several times a day doing his meals and looking after him, and it’s just unfortunate something like that happened when no one was around.

“Uncle said he’d been lay on the ground for 40 minutes shouting out. I didn’t get the lads names, I was so grateful they’d got him up and in the bungalow.

She added: “Uncle was very shaken and exhausted. He was so red in the face and hot, I think from struggling to get himself up, so I was more concerned getting back to him and to sort him out instead of taking their names.” 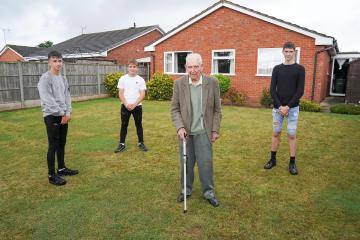