Two people have died in a crash which closed a road near Hereford this morning (Friday).

West Mercia Police said a 23-year-old man and a 17-year-old girl were in the car when it crashed, some time between 11.30pm on Thursday (July 23) and 3am the following morning.

The car was travelling between Mordiford and Dormington and left the road at Clay Hill Pit, police said. The car stopped in a roadside orchard.

Chief inspector Edd Williams said: “Our thoughts are very much with the family and friends of both victims at this extremely difficult time.

“An investigation is underway to establish the circumstances of the collision. If you have any information please call us on 101 and quote incident number 184 of 24 July 2020.”

West Midlands Ambulance Service was called at 10.17am to the accident between the A438 and Chapel Lane in Dormington.

Two ambulances, a paramedic officer, a BASICS doctor and the Midlands Air Ambulance from Strensham attended the scene.

A service spokesman said: “Crews arrived to find a car that had left the road and suffered significant damage in the incident.

“There were two patients, one male and one female.

“Sadly, it quickly became apparent that nothing could be done to save either patient and they were confirmed dead at the scene.”

Report of RTC on Clay Pitch Hill just off the A438 #Dormington #Hereford. Road is currently closed. Please avoid the area where possible. @HfdsStreets @HerefordCops 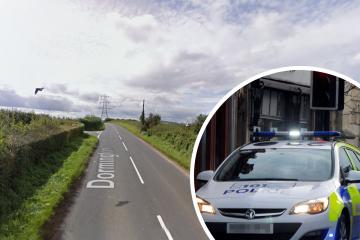