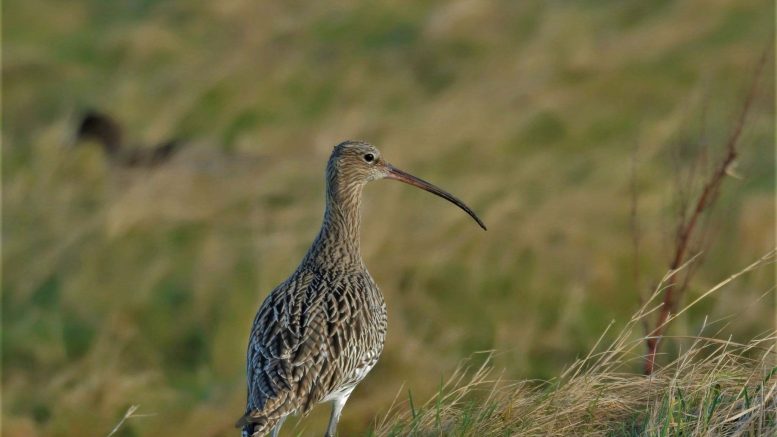 PEOPLE have been banned from Herefordshire beauty spots as a group tries to protect a breed of birds facing extinction.

From March 1 to July 31 public footpaths will be the only exception to reduce disturbance to curlew which breed at these sites.

People can walk in the area but must not stray from the paths as they usually can.

Curlew have bred for a long time at the reserves, possibly for centuries, said a spokesperson from the trust.

“Curlew breed from March to July, building nests on the ground which are difficult to locate in the long grass.

“They are timid and nervous birds and adults will readily abandon nests and chicks if they are disturbed, for instance by dogs or people walking nearby.

“This leaves eggs and chicks vulnerable to predation.

“If an adult is scared off in just a few seconds a crow can swoop in and take an egg or young chick.”

The closure is authorised by Natural England and access to Upper Lugg Meadow remains unaffected.

People are urged to keep their dogs on leads on this site as curlew could also attempt to breed here.

Dog walkers are also asked to clear up after their pets as the hay crop is sold to local farmers for feeding their livestock.

“The restrictions are so important to prevent disturbance to curlew – in danger of becoming locally extinct,” said the spokesperon.