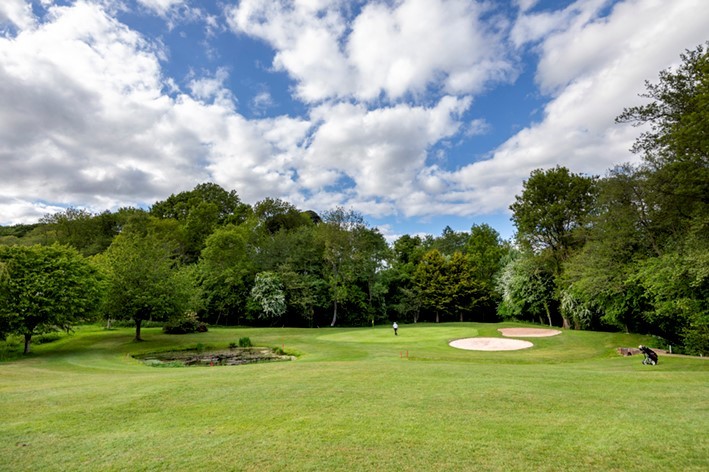 A PICTURESQUE 18-hole golf course nestled high up in the Herefordshire countryside has been sold to three local businessmen.

Herefordshire Golf Club hit the market in May with an asking price of between £1milion and £1.25m.

The trio say they plan to invest a substantial amount over the next two years to revive and modernise the club.

They also want to support the local economy with redevelopment plans to secure the long term future of the club, providing local employment and offering a boost to tourism.

The investment includes an extensive refurbishment of the clubhouse along with plans to upgrade the club’s facilities and create a high-quality restaurant based around local produce to “promote the best of Herefordshire”.

There will also be a fully-equipped pro shop.

The new owners will be looking to increase membership while also attracting more visitors and societies, and have plans to make the club more welcoming to families and hope to attract more female members while also developing the junior section.

“As impassioned residents, keen golfers and experienced business owners, we will ensure the club is prosperous, serving the local community as well as attracting audiences and players from all over the country to establish the club as a premium golfing destination for the region.”

Established in 1896, the Herefordshire Golf Club, in Wormsley, has been dubbed The Gleneagles of the Midlands and was proposed host for the 2020 Midlands Mid Amateur Championship.

A DRUG addict who had his first taste of dealing when he sold heroin and crack cocaine to an undercover police officer has been jailed for more than five years. Hereford Times…

There are delays in Herefordshire this morning after a crash on a main road. Hereford Times…

COUNTY council chiefs have serious concerns over a sex and relationship resource which is being taught at St Mary’s Roman Catholic High School in Lugwardine. Hereford Times…

TRIBUTES have been paid to a founding member of a Hereford sports club whose life was cut short after catching coronavirus. Hereford Times…

From traditional names to the more unusual there are always new names coming to light to make your decision that little bit harder. Hereford Times…