I wish to thank retired nurse Cathy Monkley for her brave, solitary act in holding back Hereford traffic in West Street on Saturday, May 1.

As I watched from my computer screen (I should have been doing a spreadsheet instead) my heart sat in my mouth.

Two youths – outraged, furious – shouted abuse at her for stopping cars for a short time before she was arrested (then de-arrested).

Mrs Monkley had a sign that read: ‘I am terrified as a parent because of the climate crisis’. 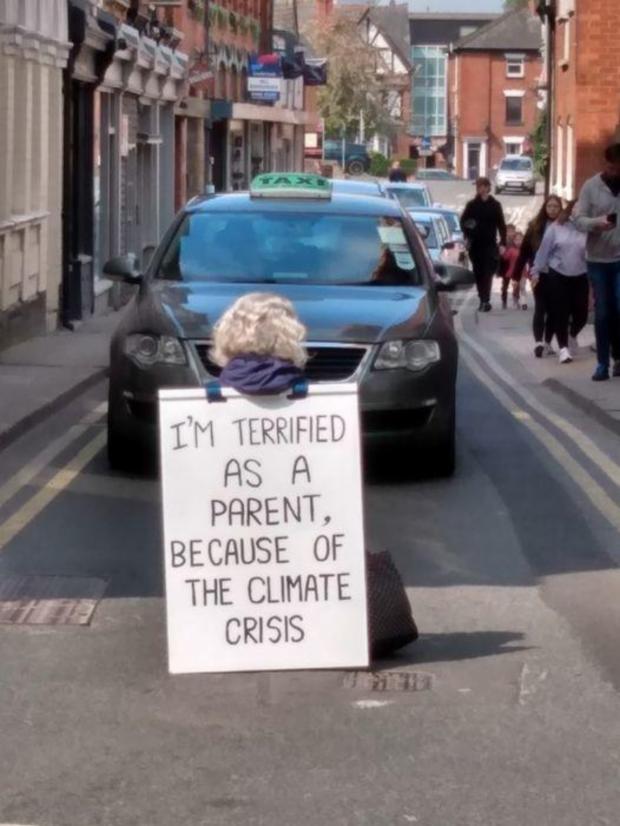 One youth took her sign off her – oblivious to the irony that she was doing it for his generation.

Was she right to do that? It was undoubtedly inconvenient and uncomfortable to be stuck in the traffic, extremely annoying I am sure.

But the truth is that the climate and ecological crisis facing us is inconvenient, uncomfortable and annoying.

Watching Greta Thunberg on TV last week reminded me just how uncomfortable it will get – and how fast.

Last week Frans Timmermans, vice-president of the EU Commission said: “It’s not just an urgent matter, it’s a difficult matter. We have to transform our economy. There are huge benefits but it’s a huge challenge.

“The biggest threat is the social one. If we don’t fix this, our children will be waging wars over water and food. There is no doubt in my mind.”

Timmermans warned that sacrifices would be needed from the older generation to ensure young people could live in a safe climate.

Today’s elders, the beneficiaries of a previous generation’s sacrifice, were now being called on to make changes themselves.

It’s taking perhaps one or two steps back to be able to jump much further in to the future.” Shake your head. Say it’s ‘woke’, EU, Greta – rubbish! It’s still true.

The message behind Mrs Monkley’s act is clear – we all have to change course, now – for the sake of the child who could not understand – all his generation – and those to follow.