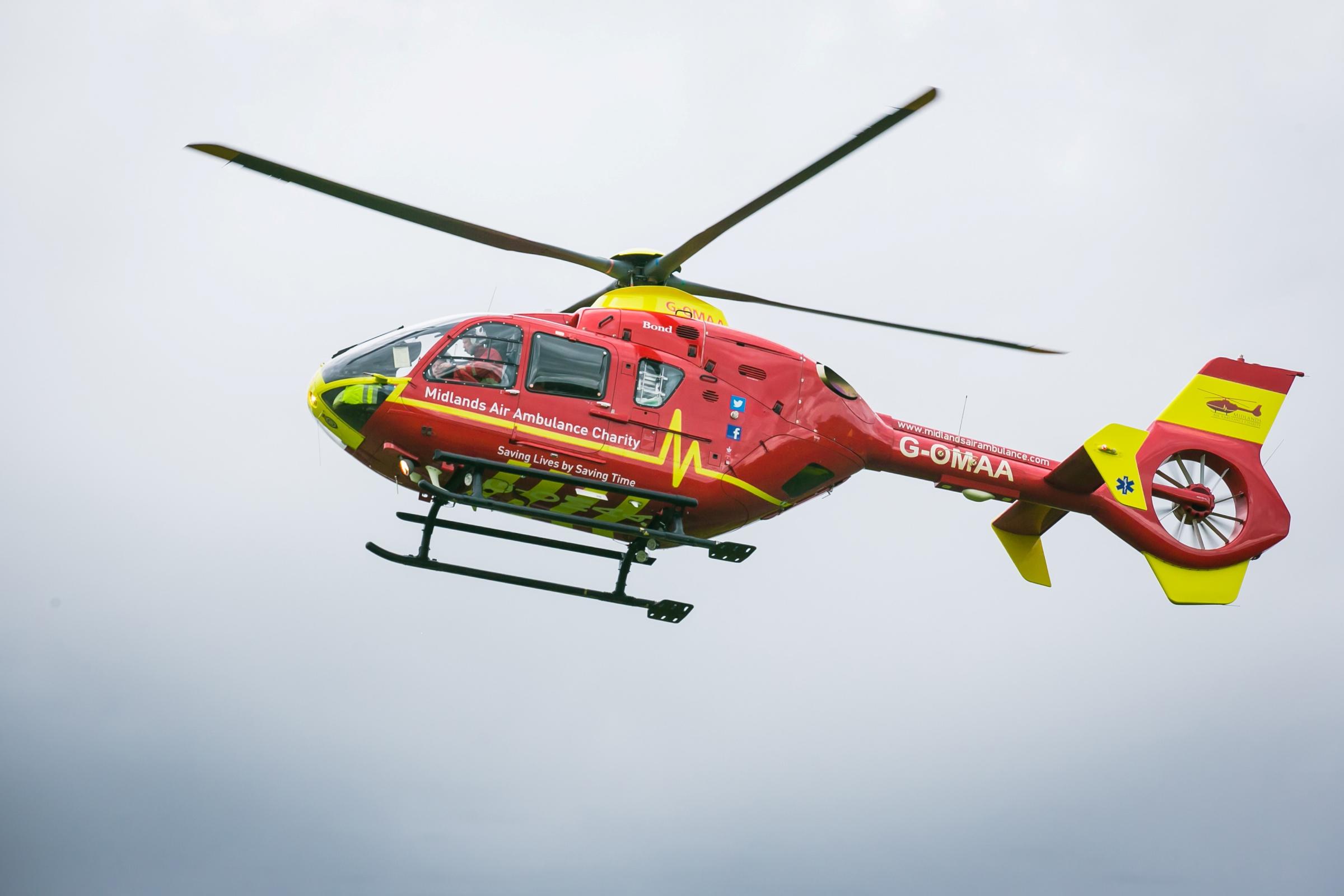 A MAN and a woman have died and a third patient has been airlifted to hospital after a crash between a motorbike and pedestrians, the ambulance service has said.

West Midlands Ambulance Service was called to Newton Lane in Floodgates, near Kington, at 10.56am on Tuesday morning.

A spokesperson said two ambulances, a paramedic officer, a BASICS doctor and the Midlands Air Ambulance from Cosford were sent to the scene.

A spokesman said the two pedestrians were found in critical conditions and died at the scene.

A motorcyclist was airlifted to hospital, he added.

“Ambulance crews arrived on scene to find three patients, two pedestrians and a motorcyclist,” he said.

“The pedestrians, a man and a woman, were both found in critical conditions and ambulance staff immediately began administering advanced life support.

“However, despite their best efforts it sadly became apparent nothing could be done to save either patient and they were confirmed dead at the scene.

“The motorcyclist, a man, was treated for potentially serious injuries before being airlifted to Queen Elizabeth Hospital, Birmingham.”

West Mercia Police has been at the scene most of the day as investigation work is carried out.

The A44 and Newton Lane were still closed at 6pm, according to traffic website Inrix.