HEDGEHOGS could soon be benefit from more protection as Herefordshire Council unanimously backed calls to explore measures to stem their declining population.

A recent study has shown that the UK population of hedgehogs has declined from an estimated 30 million in the 1950s to only one million.

Llangarron ward councillor Elissa Swinglehurst called on leaders at Friday’s (October 9) full council meeting to do what they can to protect the small mammal.

She said they could explore measures like ensuring developers include gaps in garden fences to allow for hedgehog friendly highways.

They could also make it a requirement for ecologists to search for hedgehogs to enhance habitats on development sites. 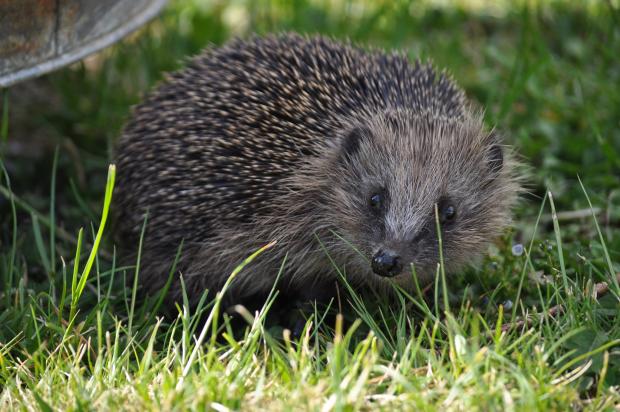 “There are now fewer than a million hedgehogs in Great Britain,” she said.

“A 2019 article by Acer Ecology references a decline for 37% in the last ten years which is a faster rate of decline than tigers in the wild.

“Scientists estimate that at this rate of decline they will already be extinct in some areas.

“The decline in hedgehog numbers is uneven. In some urban areas the numbers are thought to be stable whereas in rural areas this beloved British mammal is in steep decline.

“Principal issue in a rural county such as ours is the increase of intensive agriculture leading to habitat loss and fragmentation.

“Reduction in prey availability, insect larvae in soil, invertebrates such as earthworms and slugs make up a large part of the hedgehogs’ diet and can be scarce in agricultural soil “In addition, they are killed on our roads and they have natural predators in the badger and fox.”

Kerne Bridge ward councillor Yolande Watson, who seconded the motion, held up a cuddly hedgehog toy while she spoke during the meeting.

“I have my little friend here to support me and to bring a smile to members’ faces,” she said.

“Not many will know that hedgehogs have been with us for the past 60 million years and they have not changed one eyelash for the last 25 million years.

“They have remained nomadic foragers whereas humans started to settle 10,000 years ago.

“Hedgehogs have been the ancient symbol of Ross-on-Wye and the business logos and family crests of the Kyrles and Abrahalls.”

The coat of arms of Sir John Kyrle, 1st Baronet of Much Marcle features a hedgehog at the top.

She said the area surrounding Ross was known by Anglo-Saxons as Archenfield, the land of hedgehogs.

“They were known to be prickly characters, independently minded and not following the rules of the Anglo-Saxon king of the time.

“They were competent archers and mercenaries right up to the 13th Century and thieves not to be trusted.

“Let’s be a beacon of good practice. Protecting hedgehogs will enhance our biodiversity and embeds good practice within our planning system and celebrates our history.”

Sir John and Lady Kyrle memorial (d. 1660 and 1637) at St. Bartholomew’s Church in Much Marcle. Sir John’s feet rest on the hedgehog, the Kyrle family crest. Photo by Michael Garlick.

A PICTURESQUE 18-hole golf course nestled high up in the Herefordshire countryside has been sold to three local businessmen. Hereford Times…

Firefighters in Herefordshire are tackling a huge fire at a barn. Hereford Times…

A DRUNK man fought with police after going to buy cocaine, a court has heard. Hereford Times…

A NUMBER of pupils at a Hereford secondary school have been told to self-isolate after a child tested positive for coronavirus. Hereford Times…

FIVE neighbours in a Herefordshire village are celebrating a big win this weekend after their postcode was picked in the People’s Postcode Lottery’s 30k a day street prize draw. Hereford Times…