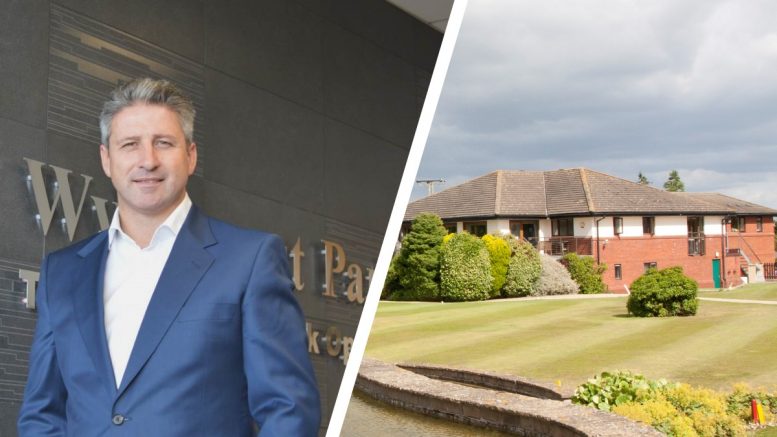 CONTROVERSIAL building work has started at a Herefordshire golf club which is owned by one of the UK’s richest men.

Sapey Golf and Country Club, owned by millionaire Romany Gypsy Alfie Best, was given the green light by Herefordshire Council to extend its shop and other facilities, including a business suite.

And that building work has now started, the golf club said on Friday.

“Work has commenced to extend our club house to provide a larger dining area and golf shop,” it said.

“This is a substantial investment and huge step in providing our customers with an even better overall experience.

“Our new golf shop will be one of the largest in the area at over 1,700 square feet.”

But the development is controversial, with complaints from locals during the planning process.

Mr Best, who is the founder and chair of Wyldecrest Parks which owns the golf club as well as the nearby Saltmarshe Castle Residential Park and Hop Pole Hotel, was named the 382nd richest person in Britain in the Sunday Times Rich List in 2020.

After being born in a caravan by the side of the road, Mr Best, 51, has built up his empire of caravan parks.

And Greg Spring, who lives near the golf club, was one of six objectors and said he believed “the applicant maintains a long-term objective to convert Upper Sapey Golf Club into yet another caravan park”.

He also hit out at trees being cut down and “24/7 building works, noise, dust, light pollution and all manner of other disturbances through and beyond the working week”.

The North Bromyard Group Parish Council had no objection in principal but asked planners to ensure no loss of parking.

But Sacha Treadwell, of Upper Sapey, objected, and said the footprint of the current club house was “quite extensive” already, and was not in fitting with the landscape.

In the application to Herefordshire Council, Wyldecrest Parks said: “This site was purchased to avoid its loss, and much investment and effort continues to be made to secure its future as an important local recreational facility.

“The proposals included in this application seek to enhance and improve the facilities for the existing members and to attract new members.

“These will not be encouraging high numbers of new traffic movements.”