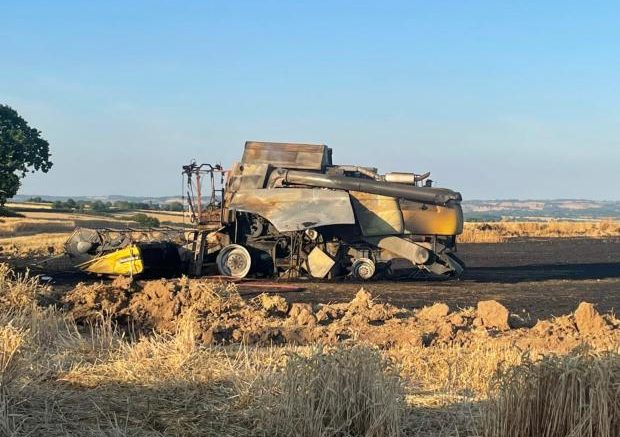 HEREFORDSHIRE firefighters were called to a combine harvester on fire that left a field black.

Two Hereford and Worcester Fire and Rescue Service crews, one from Kingsland and the other from Leominster fire station, put out the fire in Westhope yesterday at 4.31pm (August 9).

The crop field was left black after the fire Picture: Kingsland fire station

A spokesperson from the fire service said a water carrier from Leominster fire station and four hosereels were used on the open fire.

A combine harvester and 800 square metre of standing crop were well alight. 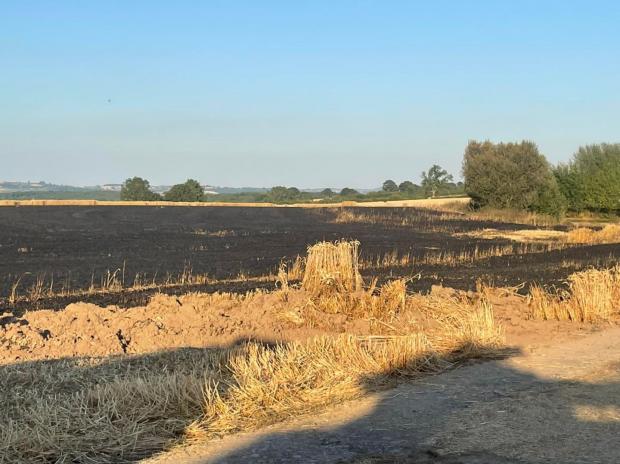 There were no casualties and no other emergency services were at the scene. 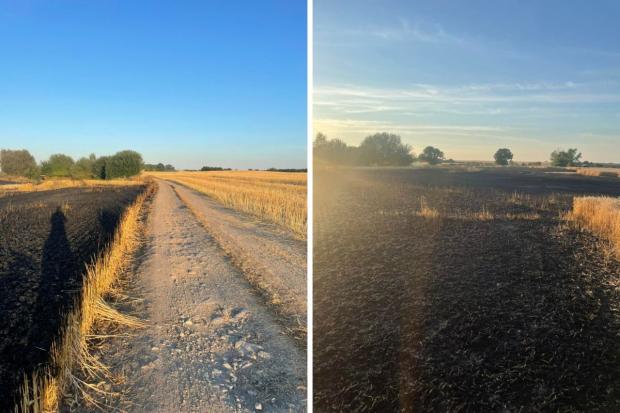 A reinspection took place at 10pm and the firefighters left the scene at 11.54pm.