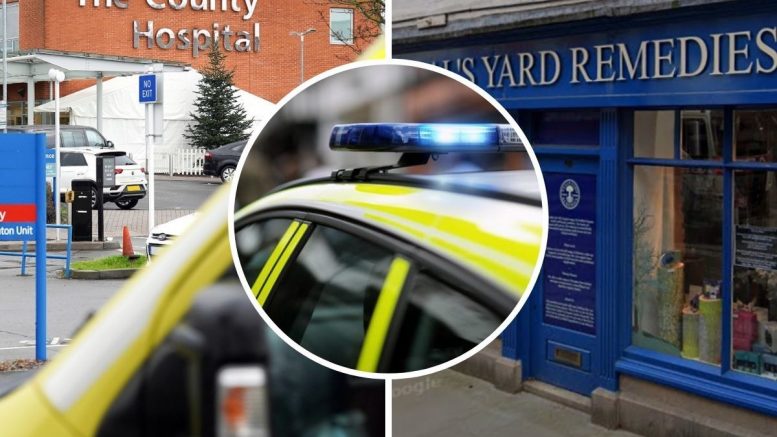 AN ABUSIVE Hereford man attacked an emergency worker and damaged hospital property, a court has heard.

Lee Brendan Pockett admitted assaulting a police officer by beating, using threatening or abusive words or behaviour, and deliberately damaging a table belonging to Wye Valley NHS Trust and a door belonging to Neal’s Yard between December 29 and 30.

“We would ask that you adjourn this matter for a pre-sentence report,” Mr Reaz said.

George Cousins, for Pockett, said the 23-year-old had issues with alcohol that evening and that he also felt Pockett should go for a pre-sentence report.

The case was adjourned and Pockett, of Standale Road, Hereford, will appear before Hereford magistrates for sentencing on February 9.