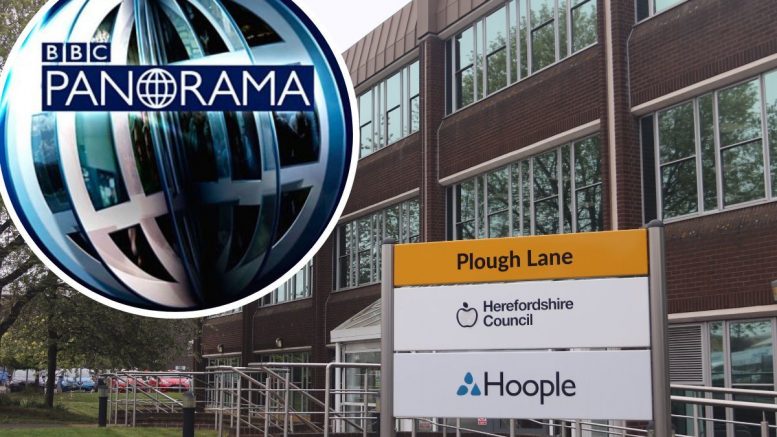 A long-awaited TV exposé of Herefordshire’s troubled children’s services department is due to air on national TV next Monday.

The programme has been put together by freelance investigative journalist Louise Tickle, who began researching failings at the department over a year ago.

The programme is likely to embarrass Herefordshire Council, which has since invested millions of pounds and taken on new senior and frontline staff in a bid to turn the department around.

“Granted rare, exclusive permission from the family courts, reporter Louise Tickle hears from families who have been damaged by decisions made by one local authority,” the programme’s webpage says.

The council has been obliged to make drastic improvements since a High Court judgment against it in March last year, following the death of a child in care.

Mr Justice Keehan’s judgment said that the council’s “actions, omissions and failures in this case have been spread over a period in excess of eight years”, and that a former head of the department “was right… to describe the conduct of the children’s services department in the lives of these children as appalling”.

Councillors then backed a strategy to deal with risks within the service, as well as the creation of an independent board to oversee improvements, chaired by government appointee Gladys Rhodes White, whose work is ongoing.

The Government then issued the council with an improvement notice last May.

On March 31 this year, the council’s cabinet backed a three-year spending improvements package of nearly £22 million, over half of which will be spent this financial year, including on recruiting over 80 new staff.

Panorama – Protecting Our Children: A Balancing Act airs on BBC One on Monday 16 May at 8pm.