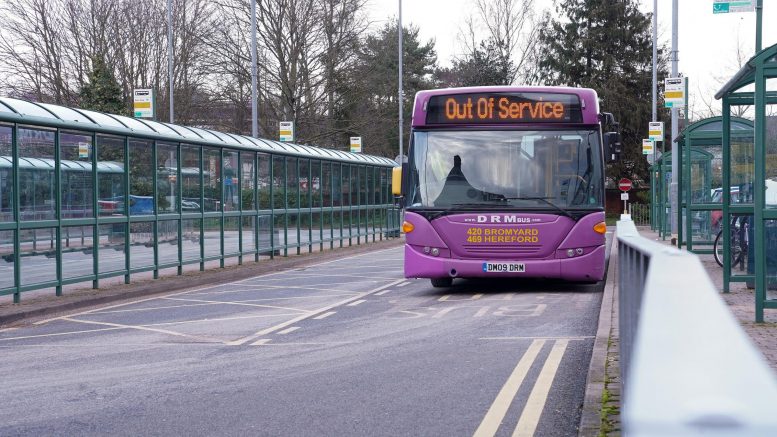 A BUS company is cutting its services between a Herefordshire town and Worcester, leaving a village with just two buses a day.

Herefordshire Council said that DRM Bus, based in Bromyard, was axing its 420 services to Worcester from August 6.

DRM Bus has been approached for comment by the Hereford Times, but has not responded.

Herefordshire Council said it had no surplus funding for commercial services.

A spokesperson also said that because the route is a cross-border service, the chances of it being saved were “unlikely”.

But both those services will be cut, leaving just the 7.05am bus from Bromyard and 5pm bus from Worcester operated by First Worcestershire.

It means the village of Whitbourne will only be left with those early and late services between Worcester and Bromyard.

Herefordshire Council said it is holding talks with Worcestershire County Council to see if funding can be found for a replacement service, but it was “unlikely” there would be a solution before August 6.

“The council does not have surplus budget to support commercial bus services whilst at the same time maintaining support for its contracted services,” a spokesperson said.

“Peak journeys on the route between Bromyard and Worcester, operated by First Worcestershire will continue.”