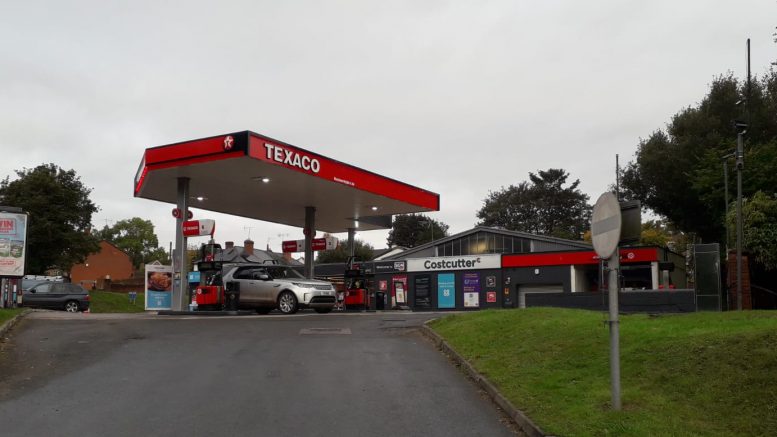 A HEREFORDSHIRE petrol station has been investigated by trading standards after reports of “irregularities” with the pumps.

Herefordshire Council’s trading standards team went to Bromyard’s Bypass Garage, recently taken over by SGN Retail, to check its pumps were delivering the right amount of fuel after reports from the public.

But they found no irregularities with the pumps.

It comes as the average cost of filling a typical family car with petrol has passed £100 for the first time.

Figures from data firm Experian show the average price of a litre of petrol at UK forecourts reached a record 182.3p on Wednesday.

That was an increase of 1.6p compared with Tuesday, taking the average cost of filling a 55-litre family car to £100.27.

The average price of a litre of diesel on Wednesday was 188.1p.

RAC fuel spokesman Simon Williams said the average price of petrol crossing the “thoroughly depressing threshold of £100 a tank” meant it was “a truly dark day” for drivers.

Marc Willimont, Herefordshire Council’s head of public protection, said: “The council was alerted to an alleged weights and measures irregularity at the fuel station in Bromyard.

“Trading standards officers visited the site and can confirm that tests showed that all the pumps were accurate.

“Therefore, no further action is needed. It is possible that recent increases to fuel prices have left some customers feeling they are paying more for less.”

SGN Retail, based in Dunmow, Essex is an independently-owned petrol forecourt and shop operator with 70 sites across the UK.

It took over the garage on the A44 in Bromyard and gave it a revamp, boasting a larger shop with more products when it reopened in October 2021.

The Hereford Times approached the garage for a comment, but it declined.